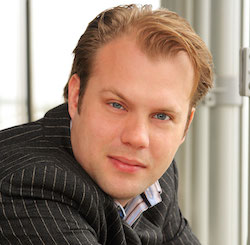 Chris Möller, founder and managing director of Möller Ventures, not only has a large network and many years of experience in the fields of internet, traffic strategies and creativity; he has also built, managed and sold several companies. In 2003, he founded the rental marketplace erento and has been supporting the founding of startups with Möller Ventures since his exit.

For deutsche-startups.de Chris Möller answered 15 questions to his person, the biggest obstacles in the founding of his startups and he reveals what advice he would like to give to other founders.

What does it mean to be your own boss?

First and foremost, I enjoy knowing that it is 100 percent up to me whether a company is successful or not. I cannot give this responsibility to anyone else. It also means that I now have a lot of responsibility – for 35 employees, their families, partners and children.

On what occasion did you get the idea for your startup?

The topic of renting has already been exciting to me six years before the word “Sharing Economy” was invented. With Campanda we are focusing on a single vertical: RVs. Rental of RVs is part of travel and travel is one of the No. 1 topics on the internet.

Where did the capital come from for your company?

On the one hand, from my last three exits from previous successful startups, we have a good dozen of successful Super Angels who support us with capital and know-how. In addition, B-to-V, in my opinion one of the best VC’s, invested very early in Campanda.

What were the biggest hurdles when starting your startup?

Campanda is not my first startup, so there almost were no hurdles at all. The biggest challenge was the consideration of when and which employee with which skills should be hired.

What would you change in retrospect in the founding phase?

Frankly, with Campanda everything went so well – so I would do everything the same way.

The entire article can be read here:

Möller Ventures is an incubator and venture capital firm based in Berlin.